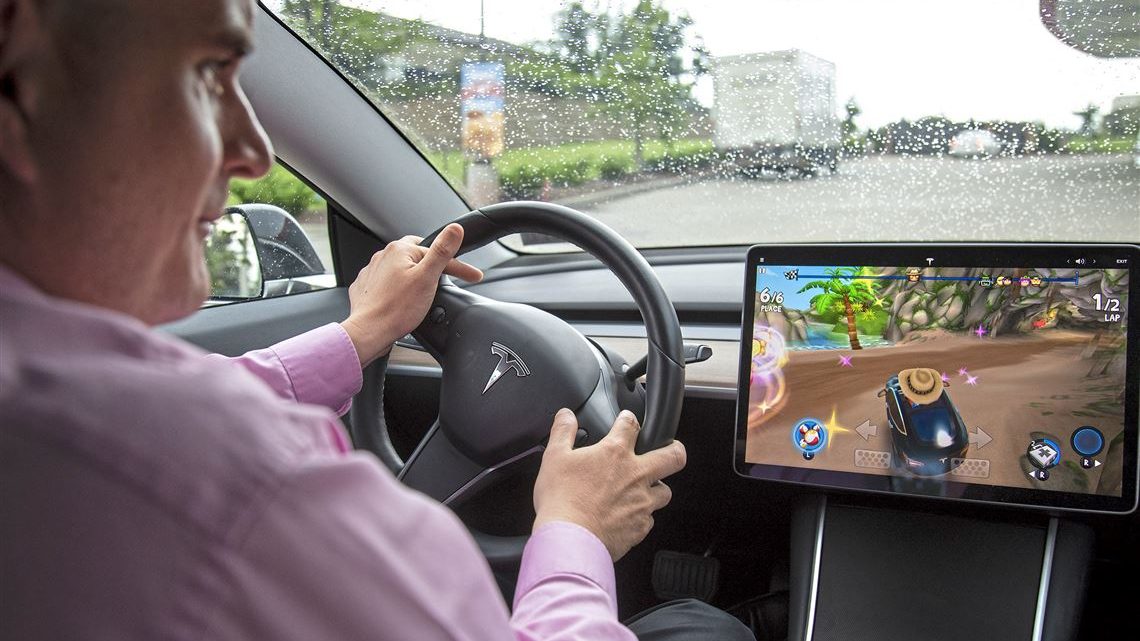 With games now in Tesla vehicles, you can have something to do when waiting for your spouse to get out of work. Maybe you just want to be able to occupy your little ones while in the car.

No matter what your reason is, having old classics like Asteroids, Lunar Lander, and Centipede at your fingertips is one more amazing feature of Tesla vehicles. 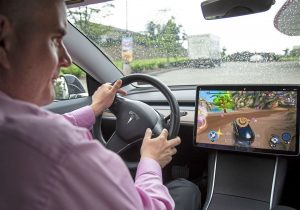 You can actually expand the currently available game catalog by downloading RainWay. With RainWay you can play games like Doom and Halo inside of your Tesla along with Atari games.

This all sounds great until you realize that you have to play these games either with the touch screen or steering wheel.

While this may work for games like Beach Buggy Racing 2, a controller can make your gaming experience far better.

Unfortunately, not all controllers are made equal, nor are they universally compatible. For example, 8Bitdo’s controller does not work with Tesla. If you are looking for a way to plug and play, your best two options are Logitech’s Gamepad F310 and Microsoft’s Xbox One Controller.

Working with your Tesla Model Y or 3 is not enough, the controller you choose must also be compatible and appropriate for the games you would like to play.

Xbox One Controllers are compatible with all games including newer games. In fact, all six Halo games are available on Xbox One, meant to be played on Xbox One controllers. Don’t go and dig out an old Xbox 360 controller though, because they generally do not work with Tesla vehicles. 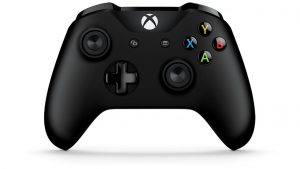 Logitech Gamepad F310, on the other hand, will work with all Atari games and most newer games but you may have to do some extra work. The reason that Logitech Gamepad F310 works with both newer and older games is that they utilize the most common input standards:

XInput and DirectInput. If the game you are trying to play requires DirectInput, you will have to install software through Logitech’s website.

Another downside of Logitech’s Gamepad F310, besides the mild inconvenience of having to download software to play some add-on games obtained from places like RainWay, there have been reports of substandard performance with some standard games available in your Tesla.

User feedback has indicated that Logitech Gamepad F310 does not work very well on trackball or paddle games and suggest that you use the touch screen or steering wheel instead when playing those games.

There are two-player options with some of the games available in Tesla vehicles, including Cuphead and Beach Buggy 2. To get the most out of these games, either of these controllers will do the job if you have two. Don’t be worried if you’ve heard that Xbox controllers do not work for two-player games and that the second controller will not connect. This problem seems to have been resolved.

Having to have a flash drive for storage for Tesla’s Sentry Mode and dashcam footage, you can quickly run out of USB ports to use. If you need to charge your phone or use another USB port, you’re pretty much out of luck if you don’t want to be stuck using the touchscreen or steering wheel to play games. A solution to this problem so that not only can you plug in a controller, but you can also plug in two, is to purchase one of the best Tesla USB Hubs or Splitters. 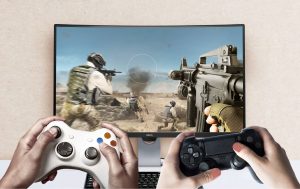 Whenever you get any product, it is made even better if it has more than one use. Not only do Logitech Gamepad F310 and Xbox One Controllers work with Tesla’s arsenal of games, but it is also compatible with many other platforms.

As expected, Xbox One controllers are compatible with Xbox One, Xbox One X, and Xbox One S, as well as Windows 10 for PC gamers. Additionally, since this Xbox One controller can be used wirelessly through Bluetooth, you don’t have to worry about a cord getting in your way with all of these systems and even tablets. Logitech Gamepad F310 was made originally as a console-styled controller for PC gamers. It is compatible with Windows XP, Windows Vista, and Windows 7. More compatibility can be achieved through formatting. 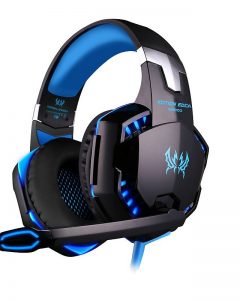 Just because one person wants to play a game, does not mean that everyone in the vehicle wants to hear that person play the game.

When using Logitech GamePad F310 on PC, you can plug your headphones into the computer itself but this is not a viable option when playing games in your Tesla. Unfortunately, there is no headphone jack with this controller.

Xbox One controllers, on the other hand, has a 3.5 mm stereo headset jack. Be sure that the headset you try to use is a CTIA Standard compliant headset. If your headset doesn’t work with your Xbox controller, it is likely because it was not CTIA compliant.

Some games are easier and more fun to play if the buttons are in a certain configuration. With both Xbox One controllers and Logitech Gamepad F310, you can program the buttons. 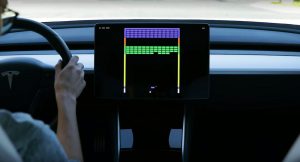 Custom button mapping is especially important when playing games across generations from all different decades.

As with anything, you get what you pay for. Logitech Gamepad F310 is significantly cheaper than an Xbox One controller and is more liable to not meet everyone’s standards. For example, there have been some complaints that Logitech Gamepad F310’s D-pad is wobbly, but it should be more than acceptable to play Atari games in your Tesla like Asteroids and even newer games like Cuphead.

Microsoft’s Xbox One controller is significantly more expensive but is better quality and more durable. Not only that, if you have 2 double-A batteries, you can use it wirelessly!

So Which Controllers Are Best?

If you are trying to take advantage of Tesla’s Camp Mode and play some videogames for an extended period of time, you’re going to want some controllers. Missile Command, Fallout Shelter, Beach Buggy Racing 2, and Cuphead are much more enjoyable when able to play comfortably reclined in your seat.

Logitech’s Gamepad F310 and Microsoft’s Xbox One controllers are the best for playing videogames in your Tesla. If you continue to have problems with your controllers despite getting one of these two, make sure you look into common Tesla USB device common errors and how to fix them.