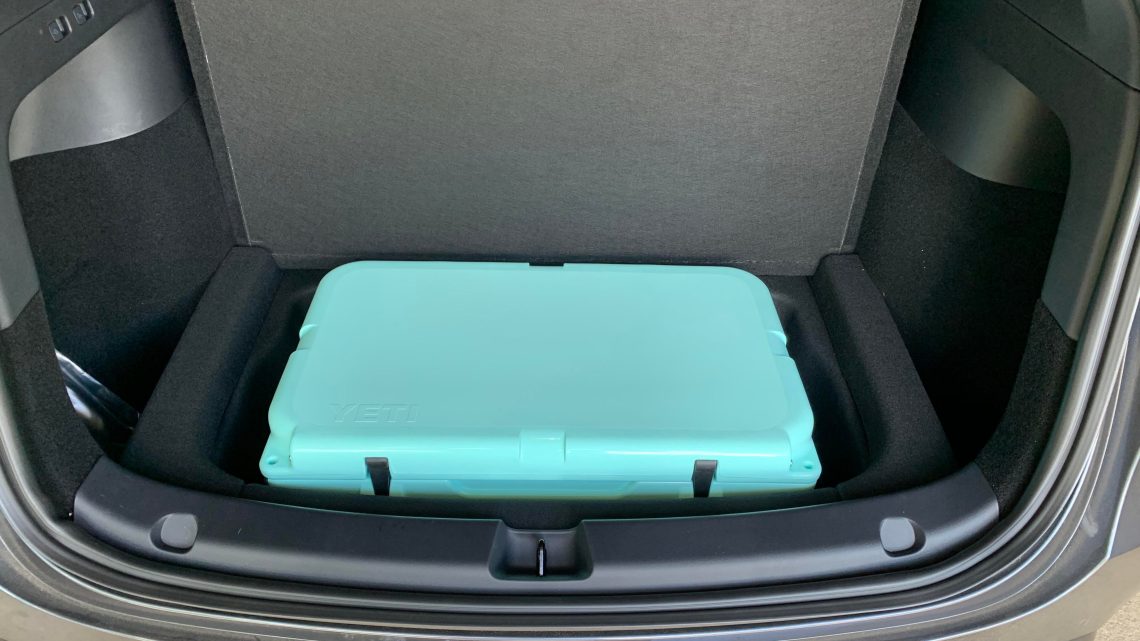 As the Tesla Model Y is the utility vehicle in the Tesla range, it is the ideal car for holidays and staycations. If you’re using your Model Y for that purpose, you’re inevitably in need of storage for your beverages and food for your long journey. That’s where the YETI range of coolers can come in.

But which one is the most suitable for your Tesla Model Y? YETI’s extensive range of hard and soft coolers are highly reputable, but we’re going to look specifically at the ones that are suitable for your Model Y and which offers the best value for money. 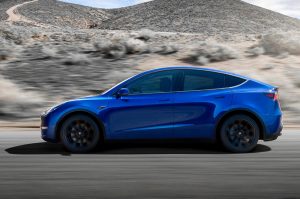 Customers have been quick to praise the durability of the cooler and what it can transport, but some have had difficulty with the zipper, which has then caused food to defrost. But, as YETI offer an additional two-year protection plan for $15.99, getting a replacement, should anything go wrong with your Flip Cooler, shouldn’t be difficult.

This YETI cooler is designed for backpack use, but can also be used as extra cooler storage in your Model Y. The Hopper BackFlip 24 contains a dry hide shell, meaning that the high-density fabric is waterproof, resistant to punctures and protects the cooler against UV rays. As with the Flip Coolers, the Hopper BackFlips consist of ColdCell insulation and a hydrolok zipper, which is designed to be the highest-performing waterproof and leakproof cooler zipper in the world.

The BackFlip 24 cooler is available in six different colors and the price varies from $299.98 to $424.99, depending on the color chosen. The protection plans available also vary in price, between $24.99 and $42.99, and the coolers have received mostly positive reviews, particularly regarding the material of the cooler. Where the Hopper BackFlip 24 has fallen short for some customers is on the limited space and the speed in which the ice can melt.

This YETI cooler is a polyester cooler, which is portable enough for one person to carry, whilst being able to carry a capacity of up to twenty cans (though there is a recommendation of a 2:1 ice-to-contents ratio). The cooler contains up to three inches of PermaFrost insulation, with an extra thick FatWall design. This is intended to stop the ice from defrosting, where the Rotomolded Construction is designed to give the Tundra Cooler further armor on bumpy journeys.

The Tundra 35 is available in nine different colors and the price does vary between $249.98 and $367.99, with the added option of adding a two-year protection plan for $24.99. The Tundra 35 has received mostly positive reviews from customers, with some lamenting its ability to withstand the Florida sunshine and heat. Some, however, have been disappointed with the storage space available.

The Tundra 45 Cooler is essentially a larger version of the 35 and can hold a capacity of up to 26 cans with a recommended 2:1 contents ratio. The Tundra 45 is available in six different colors and the price varies between $419 and $979.99.

The two-year optional protection plan is available for $42.99, which will offer good peace of mind should anything malfunction with the cooler. Customers have acknowledged that the Tundra 45 is pricey, but that the quality of the chiller is very good. Some customers have, however, had trouble with the latches breaking.

The Tundra 65 Cooler is a larger version of both the 35 and 45 coolers. As the ice chest is larger in the Tundra 65, this can be used to sufficiently store food as well as beverages.

The Tundra 65 is available in seven colors and does vary in price between $479.99 to $829.84, with the two-year optional protection varying from $42.99 to $44.99. Customers have praised the efficiency of the cooler but have stated that the ice can melt after two days usage.

The fact that it’s called a Roadie should probably be indicative of what it’s for! The Roadie 24 is available in ten different colors and is now designed to accommodate a standard bottle of wine, as well as holding up to 18 cans (again, with a recommendation of 2:1 ice-to-can ratio). The dimensions of the Roadie 24 are designed to fit behind the driver’s or passenger’s seat of your Model Y. The prices of the Roadie 24 vary between $199.98 and $284.99, and the added option of the two-year protection plan varies between $15.99 and $24.99. Customers have reviewed that the Roadie 24 is perfect for a road trip, but some have stated that the latches on the cooler are prone to breaking, so the optional two-year protection plan can come in handy for instances like that. Click here to check the price on Amazon.

YETI coolers are not cheap to buy and that is something that is clear, as even the smallest coolers can cost more than $200. If you are going to purchase a YETI Cooler for Tesla Model Y, what you need to think about is exactly what you’d want it for and how much you’re willing to spend. The warranties and optional two-year protection deals are available if something does go wrong, but you do need to be aware of how much you’re spending. With that being said, the reviews for the YETI coolers have been positive and the style and finish of the products will only add to the finesse of your Model Y.

If you enjoyed our review and analysis of which is the best Yeti Cooler for Tesla Model Y, then take a sneak peek at our other Tesla articles, including:

https://truckdashcam.net/tesla-dashcam-exfat/ – an analysis of the Tesla Dashcam exFAT feature (which is included in the Model S and Model X vehicles).