My cousin recently visited us back home for the first time in years, saying he was now able to take these decent-sized vacations because now he has seniority at his job as a truck driver.

In America, truck drivers make a median income of $44,500/year, with some roles paying more based on location or difficulty. Getting a Class A Commercial Driver’s License (CDLA) requires that you be 21, attend a commercial driving school, have a clean driving record, pass a drug test, alcohol test and get a physical from an approved physician. There are quite a few commercial driving schools in every state, and some community colleges offer the course as well.

Down below I’ve laid out everything I’ve found out about becoming a truck driver.

He takes his pup on the job too

Is commercial truck driving for you?

Driving a truck can be hard work, but if you enjoy being out on the open road, traveling and, most importantly, driving, then this might be the career for you.

While you’ll start off at around $34,500 per year, with time and maybe a little supplemental training, you could earn as much as $77,000 per year or more. Most truck drivers start off driving a “dry van”, what they call a truck pulling a single container with dry and/or non-perishable goods like washing machines, roofing tiles or computers, but with training either from work or on their own, they can work their way towards several other kinds of truck driving jobs that can pay more, or pay the same but are less strenuous and require less time away from home.

While some people enjoy this freedom, keep in mind that it’s pretty tough work and often requires long hours and stints away from home, especially if you’re an Over The Road (OTR) driver, which can take you all over the country for days at a time.

What does a truck driver do exactly?

While the national average job satisfaction in 2019 is lower than the national average, with some sources putting it as low as 15%, it’s still a fast-growing industry, at 39% over the last 25 years compared to the national average of 30%. Though this job can be stressful, it’s an essential component of modern society, which drives employers to pay quite well. Add in the fact that there’s no shortage of overtime pay and other perks, along with a fairly strong union, and the pros easily outweigh the cons for over 1.8 million Americans.

If you enjoy being on the open road, then the list of cons will but that much smaller for you, since being on the open road can be one of the harsher aspects of this industry. You’ll end up spending most of your time on the road, but it’s not exactly like your average road trip. The cabins of trucks tend to be much roomier and designed to be more comfortable given how much time the drivers actually spend in front of the wheel.

In the beginning, you’ll likely be a Dry Van driver, delivering goods from various distribution centers and manufacturers to their retailers and customers. Whether this is local (in and around your city), regional (state) or Over the Road aka OTR (all over the country) will depend on where you get hired. While OTR can be the most stressful to some, it usually pays better, which you’ll see is a common theme among CDLA jobs.

Many people will tell you that commercial truck driving is more of a lifestyle than a career given how much of your time is spent away from home, but so long as you’re willing to put in the hours each day to make your deadlines, you’ll do quite well in this industry and progress to positions with better life-work balance. As time goes on, you’ll have more and more options available to you, as the demand for reliable and qualified drivers is quite high. 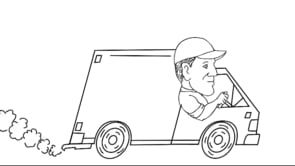 What kinds of truck driving jobs are there?

Dry van drivers are the entry-level of the transportation industry.

They drive trucks that pull a single cargo container filled with things that can’t go bad and are dry. This is usually the simplest kind of driving since there’s minimal risk and it doesn’t require you to have any special skills outside of what you learned while getting your Class A CDL.

Flatbed drivers drive trucks with open flatbeds, need to know how to tie things down quite specifically for flatbed trucks.

Fortunately, the Department of Transportation has a manual just for that, so if you take the time to read and fully learn the Driver’s Handbook on Cargo Securement on their website (which is available for free), you can learn how to tie down goods that are too big or oddly shaped for cargo containers, as well as consumer, construction and military vehicles. While this job is more complicated than the typical job and pays a bit more.

Tanker drivers will haul large tanks of liquid rather than cargo containers.

This is also more difficult since the liquid can slosh around a change the way you need to actually drive the truck. It can also be a bit more dangerous since you might be required to transport hazardous material, so you need to be ready to act fast in case of an emergency. This particular kind of driver is in very high demand, so the pay is better than most other trucking jobs.

Refrigerated freight drivers take a bit more care when they drive, because they have to know how to work the refrigeration controls and set it to the temperature required by whatever their shipping, as well as remember to check it regularly to make sure the temperature is consistent throughout the entire trip. This one also pays a bit more than Dry Van drivers.

LTL drivers transport less than the actual maximum load of their truck, making it a bit easier to actually drive around, but they often make numerous stops and are usually required to unload their own trucks. This is actually the job my cousin does now, and he delivers the slightly larger packages for UPS that are too big for the normal brown van they use.

How much does it pay?

Truck drivers are actually paid an hourly rate, usually around $15-20 per hour at first, though that can go up with annual raises, promotions to more difficult or in-demand jobs and so on. Thanks to an active truckers union, trucking salaries have generally done well over the years.

Most entry-level jobs pay around $34,500 per year, but if you’re interested in the harder or more dangerous jobs, this can shoot up pretty high, with the median annual salary of about $44,500, and some positions earning upwards of $80,000 in a year. 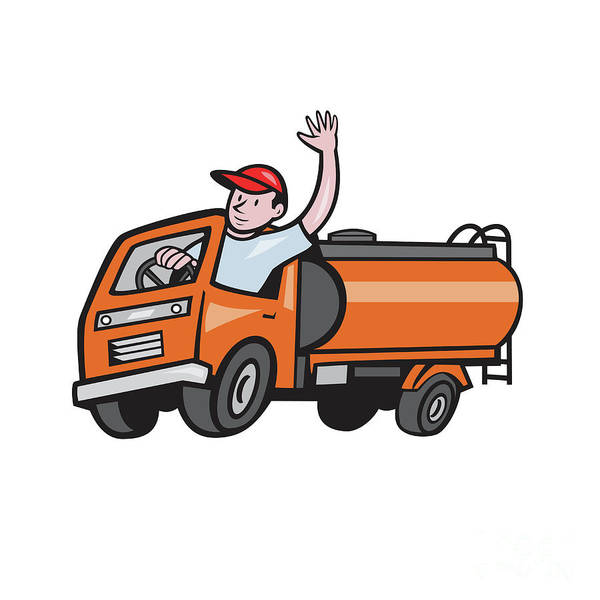 How to become a truck driver

If the promises of the open road and decent pay still outweigh the stresses of being a truck driver, the process to become one is fairly simple.

First, find yourself a list of schools in your area that have a Class A Commercial Driver’s License (CDLA)  program. Each state has quite a few, so just find one you like and sign up.

Once you finish your training and pass your drug and alcohol test as well as your physical with an approved physician, you’ll get your CDLA license and be ready to work.

Once you’ve got your CDLA, there are several major companies to which you can apply for. Many of them are more than willing to hire freshly graduated workers to drive their dry van routes, and companies like UPS even have a pre-approval process on their website that’s quick and easy to fill out. Other companies like Amazon and Schneider also have similarly convenient online application processes.