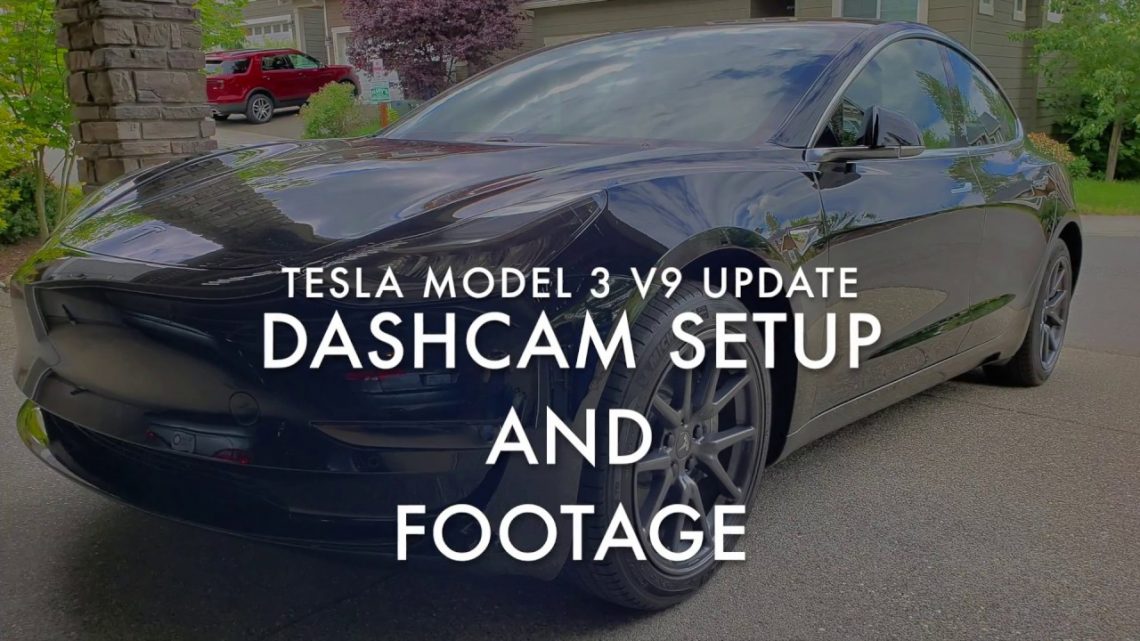 In these modern times, where accidents are just around the corner and technology is advancing by leaps and bounds Tesla is not far behind and adds the new Dashcam Firmware v9.0 to its cars.

The Dashcam is a new feature that Tesla launches in the market in which it incorporates version 9.0 of its Firmware into your car. It takes advantage of the cameras that are built into the car which allows the driver to make video recordings quickly on a properly configured USB device. So to facilitate the process, here we will teach you how to configure the Dashcam.

1) Buy a new USB drive, this is a very important factor in the operation of the Dashcam, we recommend the use of high-strength and high-speed drives not less than 2 GB to store video recordings. As long as the memory or USB device is of better storage capacity, since it will write and overwrite gigabytes of data every time you drive your car

2) Format the USB memory to a FAT 32 file system if Windows or MS-DOS FAT is used if you use MAC.

3) Create a new folder with the name of Teslacam.

4) Eject the USB drive from the computer.

5) Insert the device back into any of the car’s USB ports, which will allow you to access the vehicle’s Dashcam.

6) When the car is on, a Dashcam icon should appear, which looks like a small camera in the status bar with a red dot indicating that it is recording.

Things to be aware of:

Be careful of damaged or lost files

Some users have noticed that the USB drive seems to be easily damaged. This is due to their comments that the vehicle does not mount and disassemble the USB drive correctly. One solution for this is to manually finish the recording before leaving the car. This also requires that the recording be restarted manually. Although it is an annoying process, it is a process that Tesla should be able to solve in a future update of its software. We are sure that you will do it sooner rather than later for the benefit of your customers.

Tesla in addition to its introduction of the sentinel mode and the dog mode also updated its software including an improvement to the company’s built-in Dashcam function allowing its vehicles to record videos from its side cameras this is a considerable improvement over the previous ones.

Things you should know

With the video recording potential of the side cameras, Tesla’s built-in camera has become one of the best security systems available on the market, taking into account that after-sales systems generally record videos from the front and rear vehicle.

It should be noted that the recording characteristics of the Tesla side camera are perfectly combined with the vehicle itself, that is, the cameras used with the system are integrated into the exterior of electric cars.

Tesla electric cars will go from the factory to the market equipped with one of the best surround camera systems available to their customers.

We can then say that Tesla’s integrated dash camera system will improve considerably in the future.

If you found this article useful, check out the other articles I wrote about Tesla’s dashcam here and here, plus this one about how to choose between the Samsung Bar Plus and the SanDisk Ultra Fit, and If you’re looking to buy a Tesla and you’d like to help this blog out, you can use our referral link and you’ll get 1,000 miles of free supercharging.

A guide to make money selling your dash cam footage